Writing, A Day Off & A Couple of Covers

Thursday is usually my day off because my daughter, Nat, comes to visit. Unless I’ve got too much to do, steeped in a book, I take this day to forget about writing-based stuff and just be me. The problem is, my body and mind usually give up on me when I slow down or rest, and Thursdays see me dog tired by about three o’clock.

Anyway, I’ve been writing this week and gave myself two days to finish Burning. Unfortunately, as is usually the way with me, the book will be longer than my estimate. I’m a pantser, and my books usually evolve as I write them. The book took a different direction to my original intention, which will add another 6K to the book. No matter. So long as I know where I’m going with it, whatever word count I end up with is by the by. It just means another couple of days writing it, that’s all.

After Blinding I want to write my part in the book I’m co-authoring with Jaime Samms then it’s back into my latest EC book. Once those are done, I can start Inferno, the 3rd book in the Blinded series. It’s all go, but I’m happy with that at the moment. I have my to-do list under control and don’t feel so overwhelmed with everything on it.

I’ve been so busy this week I haven’t been walking with the girls at night. By the time seven o’clock rolls around when we usually set off, I’m shattered. My mind is drained, and the last thing I feel like doing is giving my body a battering too. But I’ll be back to walking Monday next week, because I’m determined to have Burning and my co-author scene off my list.

I’ve created a couple of covers for LYD authors. I enjoyed making them. I love doing cover art. When I go into Photoshop, I concentrate so hard on what I’m doing that everything else fades away. Here they are:

Hmm. That’s about it from me as Sarah Masters/Emmy. The other me, whoa, she’s having a ball with EC. One book out, another due in July, edits coming soon on a novel and a totally groovy review has given me hope that I’m onto a good thing with her. She’s been well received in various places so far, which is lovely because I did worry, using another pen name, what it would be like being a ‘new’ author again. It’s been great. Better than the first time around. I’m comfortable with her voice in her books—bonus!

Well, I’m off for a day of talking to Nat and pottering about the kitchen tidying up. I do plan to write about my ‘24’ and Lost addiction at some point, so if you’re also a fan, it would be good to read your take on the programmes. TTFN!

It’s been a busy few weeks for me. I’m just now starting to get a handle on all the irons in my fire and sorting everything into priority order and getting on with them. I have a couple of books that I really must finish fast, then I can slow down a bit and take my time a little more. Glimmer will be released June 11th, the first tale of the Blinded spin-off series, and I hope to complete Burning, the 2nd tale, by next week. I have had some EC work I’ve been writing since I wrote Glimmer, two tales that refused to let me go, and with one still to finish I can then get to Burning. I’ve found switching between m/m and het keeps my interest alive, and when one genre calls the other has to sit and wait for a little while. At the moment I’m on a het burst!

Once the second het is complete I’ll be starting on June’s issue of the AWH magazine, my last one as editor. I can no longer keep going with it as I had hoped. What started as a two-day venture turned into around seven, and with everything else I’m doing I can’t spend that much time on the magazine. It was fun, sometimes frustrating, to work on, but I’m sensible enough to know when to put something aside for the good of everything else on my to-do list. Hopefully the magazine won’t die—maybe someone with editorial experience and the time will come along and take it over.

I’m looking forward to going back to writing one book at a time too. I currently have three manuscripts started, one I can write when my attention wavers from whatever else I’m working on, but usually I only have one book on the go at a time. My mind hasn’t been able to settle on one book recently, and while the word count mounts up, it’s spread over the three books and none of them are getting finished as fast as I would like. So, nose to the grindstone for me. Finish them! 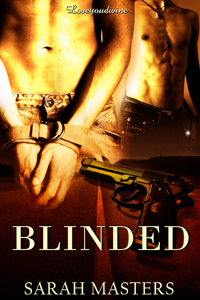 Ryan has news for Lee that can’t be told over the phone or by email, and he dreads the outcome…

Ryan is on his way to see his first love, Lee, who moved to a village in the middle of nowhere to escape his mother and her cruel ways. At Lee’s cabin, Ryan faces emotions that upset him and realises he loves Lee more than he thought.

He drops a bombshell on Lee, who needs time alone to digest the news. Ryan is left wondering if he did the right thing, but what else could he have done? He’s always been blinded by Lee’s love, and he can’t imagine that light ever going out…

Ever had one of those busy couple of weeks where the to-do list is so long you could cry? That was me, my beauties, ploughing through the list and nearly weeping with joy when able to scrub something off. But yes! My list is gone! Gone, I tell you, and I feel marvellous and so full of the crazy gene that I could headbang the air and pretend I’m a drummer with my fake drumsticks. Or something equally odd.

Anyway, I have the great news that another Sarah Masters series will soon be available. Oh yes, dearies, there are a set of 5 m/m werewolf books if that takes your fancy. Lots of suspense and thrills that had my editor ripping through the edits to find out what happened. This is good to know. It means I achieved what I’d aimed for. Yee har!

I have the release dates for 3 new m/ms. Beautiful Sunset is 9th April, Grave Findings is 16th April, and Blinded is 23rd April. I turned in my manuscript for Reversed Blackmail yesterday, so that one should be coming out soon too. What a crazy ride this year has been so far, with 18 acceptances. I’ll be subbing a het novel to Ellora’s tomorrow and praying my editor likes it.

Tomorrow I’m having a day off and will probably spend the weekend either reading or compiling April’s issue of the AWH magazine. Lots of goodies going in, so I hope you’ll enjoy it.

That’s my news for the past couple of days, so I’ll leave you be and thank you kindly for reading this far. Goodnight you divine people!