Win a Prize Every Weekday Until Christmas! 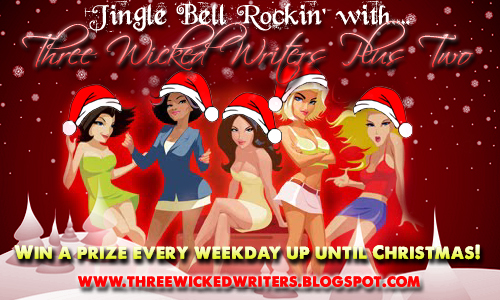 Win a Prize Every Weekday Before Christmas! 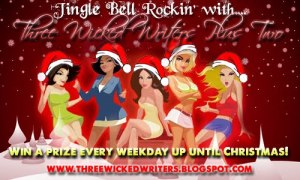 Be sure to stop by Three Wicked Writers Plus Two every day from Dec 1st until Christmas. You can win a prize every darn weekday. WOOT!

Come and join me over at Three Wicked Writers Plus Two and tell me all about the silly things you’ve done in and around the home!

Come and join me over at Three Wicked Writers Plus Two and tell me all about the silly things you’ve done in and around the home! 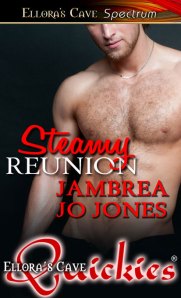 Ambrose Firth hated high school, so why is he contemplating going to his fifteen-year reunion? One name—Noah Winters. Noah stars in many of Ambrose’s wet dreams, but the man was a jock, and in high school, Ambrose was a geek. Not anymore. But he isn’t dating anyone either. Not wanting to seem desperate, he does what any self-respecting gay man would—he hires an escort.

Noah is everything Ambrose remembered—and then some. With a little push from his “date”, Ambrose determines to decipher the mixed messages Noah’ s been sending all night. Imagine Ambrose’s surprise when Noah can’t keep his hands off him. But Ambrose wants more than just a romp. Noah better hold on for a steamy reunion.

A story in the Cougar Challenge series.

Encouraged by friends she met at RomantiCon, widowed landscape contractor Giselle Sheridan decides she’s finally ready to take the cougar challenge and explore sex with a younger man. Except she’s too busy during planting season to go on the prowl.

CPA Conlan Trowbridge is battling the IRS deadline for his clients, but when Giselle saunters into his office with a tax question, all he can think of is sex. She’s all luscious curves and smoldering brown eyes, and he doesn’t care if she’s a dozen years older, she’s a wet dream come true.

Oh yeah, they’re both ready for some hot and heavy sex—in the tub, parking lots, their offices—anywhere and everywhere. But Giselle is afraid her age will eventually bother Con, and her longtime foreman also has designs on her, in more ways than one. When Giselle faces some hard decisions, will she ultimately be able to keep the heat?

I’m blogging about contemplation over at Three Wicked Writers Plus Two today. What gives you pause for thought?

Also, my alter-ego, Sarah Masters, has a new release out today. Wildfire, book 4 in my m/m Blinded series. WOOT!

Ryan takes Lee away to recuperate, but once again, someone from their past catches up with them.

After Lee leaves hospital to further recover from being shot, Ryan takes them on a long weekend. They stay in a hotel and enjoy one another’s company, taking strolls on the beach and eating in the local pub. During one beach walk, one of their old adversaries shows up, letting Ryan and Lee know in no uncertain terms that the gang leader hasn’t finished with them yet.

Ryan has always brushed off the fact that some people are anti-gay, but now he is forced to accept that as much as he wishes people would just leave them alone, you don’t always get what you wish for